To Be or Not To Be....Authorized 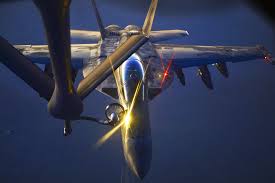 On Wednesday, many Americans will tune in to hear President Obama provide an outline of the current strategy to counter the Islamic State in Iraq and Syria (ISIS). The President is expected to help allay the fears of the American public, and provide a coherent detailed pathway forward. This is especially necessary following his earlier admission of “no strategy to counter ISIL”. Staying consistent with the message to “degrade and destroy ISIS”, President Obama has begun to lay out a three pronged approach to dismantle the terrorist organization responsible for beheading two American journalists. 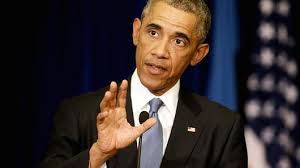 Ahead of POTUS’ important speech, Congressional Members are scrambling to determine the amount of authorization and coverage  needed to effectively combat ISIS. In his interview on Meet the Press, Obama asserted that he already possessed the authorization needed to protect the American people. Congress is currently divided across party lines on whether or not new authorities must be enumerated for the current conflict. Nonetheless, some Congressional Members have offered bills aimed at providing counsel and authorization to the President. Florida Democrat Bill Nelson has introduced narrowly tailored legislation that grants the President authority to conduct airstrikes in Syria, restricts the deploying of military boots on the ground, and includes a three year sunset provision. Congressman Frank Wolf has also offered new legislation, providing broad authorities to the President in fighting terrorist organizations in the Middle East. With an open ended sunset, this bill would expand the authorization of military force to include ISIS, al Shabaab, Boko Haram, and future emerging regional terrorist groups. 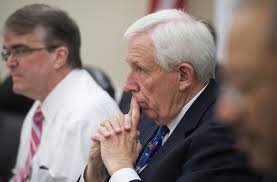 After meeting with Congressional leaders on Tuesday, President Obama maintained that no additional legislative action would be necessary to fulfill the present mission. However this assertion becomes less convincing when he speculates that the current engagement with ISIS will take at least three years. In essence, the conflict against ISIL will inevitably carry over into the next Administration. When viewed in this lens, the two premier AUMFs provide a stark contrast of the extremes of legislating military actions against terrorist organizations. The September 11th attacks, and the subsequent War on Terrorism forever changed the dynamics of U.S. conflicts in the Middle East. Big robust military footprints had to be tempered with surgical strikes, the increased use of Special Operations Forces, and smart messaging campaigns to counter terrorist recruiting efforts. Determining the duration of these conflicts have been difficult, but almost certainly lengthy. 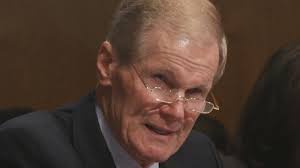 Congressional authorization will eventually have to be granted to truly “degrade and destroy” ISIS, and Congress must determine what implications this has on future legislative action. Should the legislation be narrowly tailored, like Senator Nelson’s bill, complete with a sunset clause to avoid mission creep?  Does this approach bind the hands of our Commander in Chief and hamper his ability to succeed in an environment with so many unknowns? What about Congressman Wolf’s brand of authorization that is broad, expansive, and open ended? Does this approach lead to the Executive overreach that characterized the initial blunders in Iraq? The current political reality is that the President will maintain that he already possesses the necessary authority to confront ISIS, and Congress is highly unlikely to push for votes on these legislative measures until after the midterm elections. However in the near future the President should at least seek the counsel of Congress for the following reasons:

Shared responsibility is the most expedient option

In addition to being strategically difficult, the campaign against ISIS is politically complex. Following ISIS’s heinous beheading of two American journalists, public support for destroying the terrorist faction has increased. However there is also overwhelming public opposition to the deployment of “boots on the ground” in Syria, despite the fact that this is where ISIL is based. The current strategy seems to be to carry out airstrikes in Iraq, while equipping the Iraqi and Peshmerga forces to carry out and sustain ground offensives. Yet contingencies against insurgents have proven to be volatile and unpredictable. Should this campaign with ISIS go south, Obama will be solely responsible in the eyes of the American people. Seeking Congressional consultation will give them stake in this fight, and will ensure that adequate authorization is given as this situation transforms.

Spillovers are uncomfortable, but also the present reality.

Even by the Administration’s own predictions, the current conflict with ISIS will last at least three years. In other words the decisions we make now have binding implications on the next Administration. Legislation tailored to this President and his personality may prove to be unsuitable for the next President. President Obama has proven himself to be rather pragmatic when it comes to foreign policy, careful to balance military might with diplomatic charm. The current Administration may wisely handle the broad latitudes of authorization responsibly, yet such legislation also leaves America vulnerable to the potential whims of Obama’s successor. Legislation should not be extremely narrow, nor should it be excessively broad. Congress will need time and practice to strike the right legislative balance, and simply seeking its counsel will encourage Congressional Members to embark on this daunting task.

Secretary Kerry has been racking up frequent flyer miles in pursuit of international and regional coalitions to combat ISIS. Among other calculations, the International Community will be watching to see if there is unity within the American polity. American political will has shifted in the last few weeks in support of a careful and metered strategy against ISIL, and this is a good thing. President Obama should seize the opportunity to strengthen this support by consulting with Congress as a symbolic gesture of the stronger mandate for action. Doing so could lead to greater “buy-in” by other vital foreign partners, and expedite the demise of this international terrorist threat.

The President’s speech tonight will undoubtedly provide more insight on how the US will move forward in neutralizing ISIS. If indeed he already has the necessary authority, seeking Congressional counsel could only serve to strengthen his hand. To be clear, this article is calling for consultation and not immediate legislation. This act is well within the purview of both the Executive and Legislative branches without unduly exacerbating the long enduring War Powers Resolution stalemate. In the near term, President Obama is preparing the American people for the realities of this new engagement. In the long term Congress should seek the proper legislative authorization that is tailored to the realities of contingencies against terrorist organizations.