Non-Profits Beware! This Could Happen To You 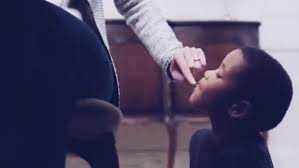 Last month, Feed a Child released a commercial ad that was less than desirable, to say the least. The depiction of a little brown boy being fed scraps at the hand of a wealthy Caucasian woman was not just simply racist, but inhumane. While the intent of the organization is to provide food assistance to children who are steeped in poverty, the message demotes them to second class citizens at best. As an African American male, it would be all too easy to confront this as solely a matter of overt racism. After all, it is truly baffling that a South African non-profit, with the help of International marketing titan Ogilvy & Mather, would ignore the historical implications of a country recovering from apartheid. And remember PR Executive Justine Sacco’s insensitive and racist comments regarding AIDS and Africans? However the biggest problem is the glaring dehumanization that is found even amongst the “best of us”. As is the norm, we reserve this despicable bigotry only to the likes of KKK groups or genocidal maniacs reminiscent of Adolf Hitler. Yet, maybe Feed a Child’s video is a true depiction of the reach of insensitivity and ignorance. Let me be clear, this video is racist, but I believe it was not the inherent intent of this organization to be so. I think that helping these children without ever having to view them as equals had become a default.

Not too long ago, my Pastor met with our church leadership to discuss better ways to execute our monthly community breakfast gatherings. Every Second Sunday we provide breakfast for those in the community who are homeless and disadvantaged…the least of us. However my Pastor noticed that while we had no problem feeding and serving them, we never took time to truly engage them in conversation as equals. That’s right, we threw food at them, provided them with clothing, but never treated them as being on equal ground. Somehow with our benevolent goals, we had subconsciously become used to treating them as inherently “less than” us. In essence we dehumanized them, by making them our trophy project to feel like we were answering our “Great Commission” in Christ. In like manner, Feed a Child seems to have taken on a benevolent cause without fully immersing themselves into the lives of their very constituents. Want to see the smoking gun? It lies in the fact that this ad passed through so many eyes without one person seemingly able to sympathize with how this commercial would be perceived if viewed by the “disadvantaged” children. While they may be lacking monetary and natural resources, these children are not dogs, not second class citizens, but humans. Sometimes even the best of us have been guilty of throwing money and resources at the problem without making meaningful connections with the very people affected by life’s issues.

My fear however is that, while Feed a Child has apologized, they still lack an understanding of what went wrong. As a public relations and crisis management consultant, I believe repentance (a change of mind), is paramount to true change. After all, oftentimes we reflect our genuine internal values. Looking back, are they truly able to pinpoint why this advertisement was actually racist and dehumanizing, not simply perceived to be so? Does their change simply end at withdrawing the ad, or is there an effort to genuinely connect with the constituents that they serve? The truth is that this situation shows that we are all susceptible to this misstep if we don’t conscientiously make the effort to remain truly engaged and connected to the people we serve. Remember: how you help people is equally as important as the fact that you are helping them. Below I’ve outlined a few helpful ways to genuinely help your audience:

Seek to be an active listener.

Reconnecting with your constituency is not only strongly suggested, but natural and necessary. Listening to the cries of the disadvantaged is what got you to your present point of success. It is now equally necessary in staying in touch with the current pulse of the very ones that you aid. What are the issues that they face? Have their ideals changed over time? Just because you were once closely tied to your constituency, taking them for granted can be very costly to the success of your cause. Former Majority Leader Eric Cantor found this out the hard way through his unexpected defeat in the recent Virginia Republican primary race. Media took the narrative that the loss was a result of his stance on Immigration, however the reality was that he had lost touch with his home base. They had become nothing more than numbers with money, suitable only during campaign season. However it didn’t always start like this, Eric Cantor had always enjoyed a high margin of victory in Congressional races with 58 percent being the lowest margin until his 2014 defeat.  Though he had previously enjoyed a vibrant relationship with his constituency, it took one careless season of neglect to ruin his standing. Making active listening a default way of operating will ensure that you always stay current to the resonating voice of the community. If you are the President or CEO of your organization, ensure that everyone in your organization is embracing this same mentality. This is especially important for those in your organization who will be the “boots on the ground”. They are your frontline, the face of your organization, the hands and feet that express the personality of your organization. It is paramount that your entire organization be connected to this central idea of being truly connected. 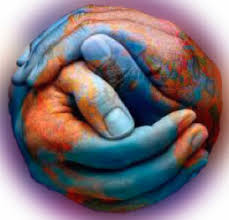 It is important to be an active listener, it is quite another to hear correctly. Many times people are not seeking agreement as much as understanding. Taking the time to view life through the lens of your constituents will save you money, time, and allow you to build social capital. In other words you are in need of cultural sensitivity. Cultural sensitivity is empathy at work within a historical context. Knowing the right answer is only part of the fight to justice, the other part is accurately understanding how your intended audience perceives both the world and the problem. The U.S. Defense Department received a first-hand experience of the importance of cultural sensitivity when it initially attempted to rollout Africa Command. Among other things, this Command was formed as a tool to bring stability to some “hot-spot” regions within the African Continent. To effectively carry this out DOD sought to plant a military base within Africa, and their call was met with a resounding NO! Many U.S. lawmakers were perplexed that a Continent rife in poverty and turmoil would reject an “obviously” advantageous partnership from a gracious superpower. Yet cultural sensitivity was absent from of the planning and strategizing. In a rush to provide a solution to “today’s tragedy”, they forgot about the inseparable tie to yesterday’s reality. You see, many African Countries were still reeling from the devastating impacts of colonialism, and the wounds that were never adequately treated had become infected. Where the U.S. saw a solution through a military companionship, African nations saw a new group of potential occupiers. Had DOD and Congressional aides employed cultural sensitivities in their strategy sessions, they would have immediately perceived the potential pitfalls in their plan. Had Feed a Child taken the time to consider life through the eyes of the brown-skinned South African children, they would have heard the alarms warning of racism, bigotry, and apartheid. Until you embrace cultural sensitivity, your right answer will never be heard or embraced by the very ones who need it most.

View your constituents as partners.

Never forget that you are working with people who are temporarily disadvantaged. After all, the whole reason you got into this work was because you actually believed you could change the world. When doing meaningful social work, it is easy to permanently classify people by their temporary condition. Poverty is temporary. Educational inequities are temporary. The moment you stop believing that these things can change, your effort and work become meaningless. When you view your work with constituents as partnerships, it decreases the possibility of dehumanizing them. Partners consider each other’s interests when taking action, to ensure the success of the broader mission. Treating your clients as partners serves as the perfect deterrent to devaluation. Viewing them as partners also subconsciously encourages your constituents to take ownership of the shared responsibility of their development.

Make Empowerment the life force of every strategic movement. 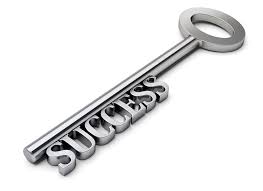 Equal opportunity is all too often perceived to be a right that is enjoyed by all. Unfortunately the reality is that it has become more of a luxury that is enjoyed by some and an elusive dream for others. Many non-profits seek to provide remedies to these inequities, and there is much work to be done. However these organizations must continuously avoid the trap of helping communities without empowering them to ultimately provide for themselves and others. Neglecting to do so promotes short-sighted solutions and fosters unhealthy dependency. This outcome is not advantageous or sustainable to your work nor the community you serve. On the other hand, seeking to empower indigent communities increases the reach of your movement. An increase in the number of stable partners from amongst your constituents is a potential increase of “boots on the ground” to expand your cause. The goal of every campaign or mission should be to eventually equip the community to maintain and build upon the change your organization provides.

Undoubtedly, Feed a Child’s ad was irresponsible, racist, and dehumanizing. However this monumental error exposes an unfortunate trend that is more common than we might want to believe. Though we would prefer to relegate this bigotry to overtly racist factions, many organizations could be found guilty of subconsciously carrying out the very same mindset. Let us take this situation for what it is, a call to do better. This is the perfect opportunity to examine not only the quality of your work, but the purity of your motives and methods. Don’t ever let a mission end goal distract you from genuinely and positively embracing the humanity of your intended audience. Take the time to reflect on ways to stay connected to your constituents, or this could be your story.